What do you first recall when you hear about the state of Utah? Most likely, this will be Salt Lake City, Monument Valley, and Mormons… And what about a real miracle of Utah, Zion National Park that equals the well-known Grand Canyon in beauty?

History of the park

According to geologists, Zion canyon that later gave its name to the park, was formed about 150 million years ago, but the first people came there about 8000 years ago only. The first civilized settlers in this area were the Mormons who came there in 1858 and settled in the early 1860s.

In 1909, President William Howard Taft named the area Mukuntuweap National Monument in order to protect the canyon. About ten years after that, this name was changed to Zion National Monument, and later incorporated into the national park. Around that time, the first roads to Zion were built. 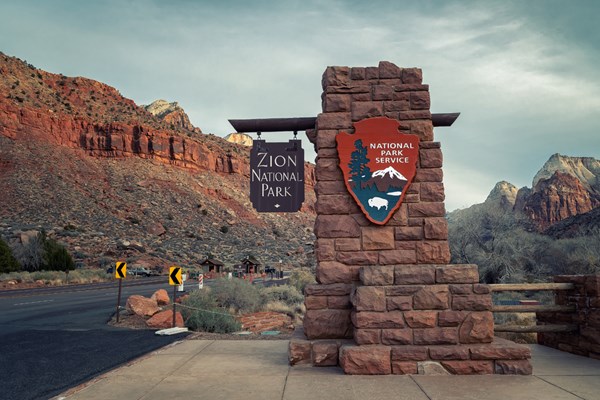 In contrast to Grand Canyon, Zion has not yet been included to the UNESCO World Heritage List, however today it is one of the most visited national parks in USA.

Geography and charming beauty of Zion

The park is located in southwestern Utah on the Markagunt and Kolob plateaus, at intersection of three North American geographic provinces: the Colorado Plateau, the Great Basin, and the Mojave Desert. The northern part of the park known as the Kolob Canyon is accessible from Interstate 15, exit 40. 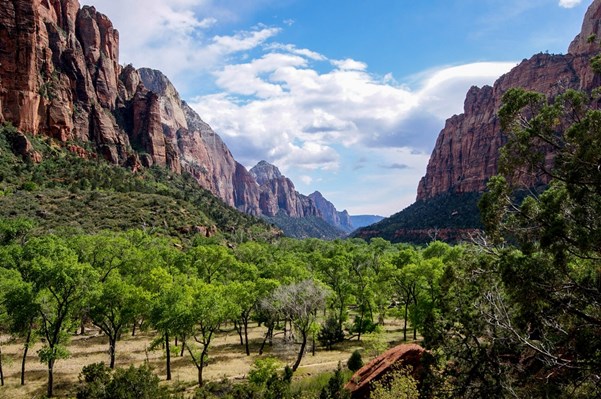 Although there are almost no specific attractions in the park, you will definitely find what to see in Zion. For example, the main water artery of the park, the Virgin River, that flows through the entire canyon and that played key role in building Zion canyon relief.

Speaking about Zion, it is worth mentioning its known tunnel, at which entrance locate two bizarre stone pillars called ‘Salt and Pepper’. The tunnel itself is also unique, since it was built about a hundred years ago and it was the longest non-urban tunnel in the U.S. at the time. The tunnel's original six galleries offered visitors a chance to stop and see the Great Arch and the East Temple from excellent, artistic viewpoints. Today only two of the original six galleries are open, and stopping in the tunnel has not been permitted since about the late 1960s because of increased traffic. 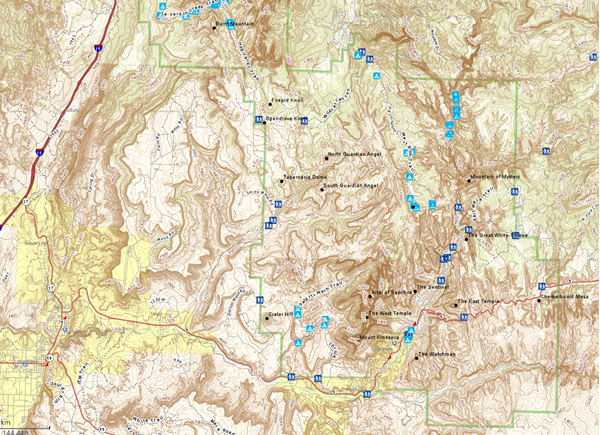 Zion has the most impressive rock formations that are up to 2,500 feet thick, making it the world's deepest desert landscape. The 8726 ft summit of Horse Ranch Mountain is the highest point in the park, and the lowest point is the 3666 ft elevation of Coal Pits Wash. Another interesting mountain is the Checkerboard Mesa covered with unusual crack pattern that resembles a grid much like you would see on a checkerboard.

And finally, a real gem of Zion is Angel's Landing observation point and the like-named trail cut into solid rock that leads to the top of Angels Landing mountain and provides amazing views of Zion canyon.

So, Zion is definitely a must visit place. Although it is not so widely promoted as Grand Canyon, it is very popular among American tourists and attracts nature lovers and hikers from all over the world.

Going to visit Zion? Make sure to download our offline map of Zion National Park.

To use map, you will need CarryMap app.